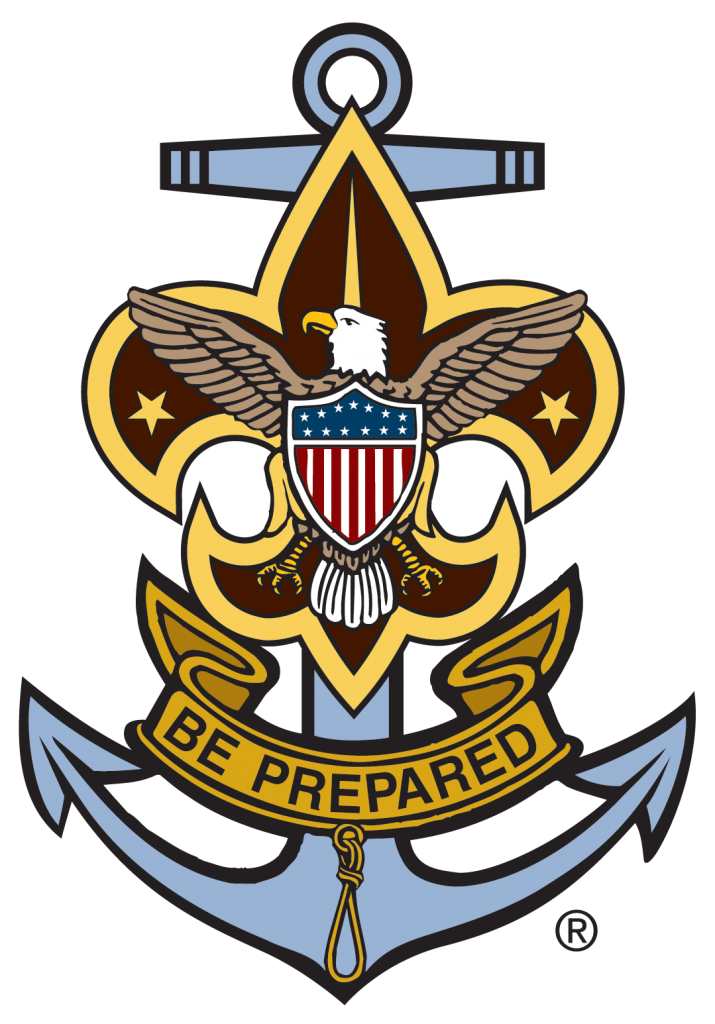 Sea Scout ships use a variety of boats from small outboard motorboats to large sailing yachts and vessels. No matter what their ship does, they will discover thrills you just can’t get anywhere else.  Sea Scouts are recognized and rewarded for the things they learn and do. They can earn valuable certiﬁcations in SCUBA, boating safety, lifesaving, and CPR, as well as advance in rank from Apprentice to Quartermaster. Each certiﬁcation and level of advancement marks their growth as a sailor and a leader.

If your child is age 14 or an 8th grade graduate and looking for challenge and adventure on the water, it’s time for them to join Sea Scouting

Sea Scouting is Scouting for Girls and Boys using the waterways for our trails and boats instead of tents. Sea Scouts learn safe operation of vessels, both sail and power propelled, how to maintain their boats and put their skills in use every weekend. Instead of calling a unit a Troop we call it a Ship. Instead of Patrols we have Crews. Because everything we do is High Adventure, you must be an 8th grade graduate to be eligible for Sea Scouting. If you aren’t old enough yet, we have a Maritime Explorer club to introduce you to Sea Scouting activities. GGAC has 11 Ships in the Bay Area, so there is one near you!

Sea Scouts meet year-round from Alameda to San Francisco to Kelseyville and cities in between. We have large powerboat Ships in Napa, Richmond and Martinez. Typically, these are surplus Navy or Coast Guard Vessels. We have sailboat units in San Francisco, Alameda and San Ramon.

> Sea Scouts learn to sail and operate powerboats as they advance in rank toward the ultimate Sea Scouting award, the Quartermaster Award, which is similar in prestige to the Eagle Award. Safe seamanship skills are advanced through our official partnership with the US Coast Guard Auxiliary. Scouts attend a “Safety at Sea” weekend at Yerba Buena Island Coast Guard base where they launch signal rockets, put out real fires, plug leaking pipes and a leaking boat, play fire hose ‘tug’ of war, put on survival suits and jump into the bay, then climb into a life raft and when they get out and remove the survival suit they find they are still warm and dry! Helicopter water rescue demonstrations are not out of question!

> All Sea Scout Ships participate in events called Regattas where some units come by boat and others drive to the Napa Sea Scout Base, The Martinez Sea Scout Base, The US Coast Guard base at Government Island or California Maritime Academy in Vallejo to name some local regatta locations. These offer two or more-day events include opportunities for Ships to show off their swimming, lifesaving, and seamanship skills with rowboat or pulling boat races, sailing, knot tying, and over a dozen more skill events. Evening games and a dance are also regular features of regatta weekends because Sea Scouting is adventurous and fun.

> Sea Scouts don’t go to summer camp like Scout troops, they go “on cruise” with their Ship usually in their own vessel(s) and here in the Bay Area, they usually go into the huge wilderness of waterways called the California Delta. Many Ships go to either Sacramento or Stockton and back each year, following a maze of quiet sloughs or the mighty San Joaquin with ocean going ships passing by 65 miles from the Pacific Ocean and for most of the trip you can see Mt. Diablo. A few Ships can go down the California Coast to Morro Bay or the Channel Islands. The San Francisco sailing Ships crew the 82’ Staysail Schooner ‘Seaward’ for its annual move to Long Beach between Christmas and New Year’s Day, so Ocean sailing is also a possibility in Sea Scouts

For more information about our meetings and events, please check out our Calendar